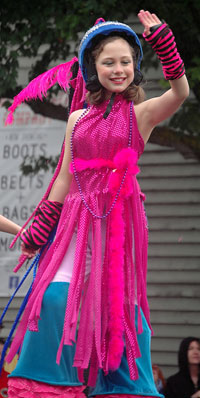 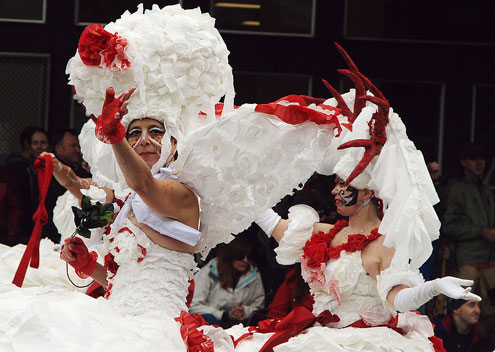 Photos by Klaas Langhout and Beth Jusino
posted by Ian Gilman at 10:00 AM  -  0 Comments

A number of years ago I put my tech career on hold and spent some time in Hollywood. I dove in without any formal training and worked my way up from Production Assistant to Grip to First Assistant Director in about a year. I learned an awful lot in that time!

You can do this with filmmaking because of its built-in apprenticeship culture. Making a movie is a real-time collaborative process, so if you don't know what you're doing, there's always someone nearby who can show you the way — all you have to do is pay attention. There are constantly new people coming into the industry, so before you know it you're the one passing on sage advice to the next generation.

This last year, I did a similar thing at Mozilla. When I started working on Panorama, I knew nothing about the Mozilla technology stack, the culture, or what it takes to be part of an open-source project of that size. A year later, I had learned a ton and was already leading others.

It took me a while to identify the feeling I kept encountering during those early days at Mozilla, but I finally recognized it: it was like being back on a movie set again. Mozilla is distributed geographically, but the hive is always buzzing on IRC and the countless websites that serve as the virtual headquarters for the team. It seems chaotic at first, and it may seem like everyone has something better to do than help you out (just like on a movie set), but if you pay attention and show that you're dedicated to learning the ropes, you'll find there are plenty of folks ready to mentor you.

I've worked in the tech industry a long time, on small teams and large, but I've never seen an apprenticeship culture as strong as Mozilla's. Seems like usually the company you're working for figures that if you're smart enough to get hired, you're smart enough to just shut up and do your work. They give lip service to "career growth" and send you off to special training programs, but it doesn't really have any sort of impact, because it doesn't hit you where you live and breathe. If you want your team to be constantly improving, then learning and teaching needs to be part of everyday work, not reserved for some quarterly seminar.