I'm terribly excited about all the stuff going on at change.gov. He's so engaged, it feels like he's our president already -- even more so than our previous presidents, who felt distant even when they were in office. Much has been said about the democratic nature of the Web; it's great to see it being applied to our government.

Here in Seattle, in the midst of a week of snowstorms, I've discovered some of that great government Web energy at the local level: the Washington State Department of Transportation has a blog, a Twitter feed, and a Flickr stream. The blog is remarkably friendly, the twitter feed is highly engaged (filled with responses to other people's questions and comments), and all of the Flickr photos are Creative Commons. Pretty amazing, and wonderful to see... it's got a lot of people talking, excited about government for the first time in, well, a mighty long time.

For those of you who have been waiting for Photosynth on the Mac, well, it's still not here. That is, you still can't create synths on the Mac. You can, however, finally view them, with the new Photosynth Silverlight viewer! It's still experimental, so it's not integrated into the site, but with a little copy and paste you can view any synth, including all the great ones collected on Synthopticon.

It doesn't support point clouds yet, and of course you need to have Silveright installed, which means you need to be on an Intel Mac, but besides all that it's pretty darn cool! Go check it out and then leave a comment on the Photosynth support site telling them how excited you are for the next version... 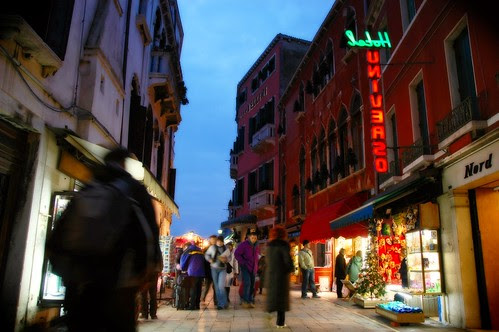 I Met The Walrus

Seadragon on your iPhone

We've just released a Seadragon viewer for the iPhone! It's got links to lots of great content, and you can add your own. Of course it has all of the smooth zooming goodness you've come to expect from Seadragon, but now in a handy portable form you can take to the pub with you!

This is another project, like Seadragon Ajax, from the team I lead inside the Seadragon group. This one came from Ben Vanik, and it's really his baby all the way through. We hired him earlier this year, and before long he had absorbed the Seadragon technologies so thoroughly that he was able to write a fresh version (three times, in fact, before he was satisfied) fully optimized for the iPhone. After the first prototype he showed for Out of the Box Week, we knew we needed to ship this thing. Since then he's tweaked the algorithms and honed the interface until the whole thing shined.

Of course it wasn't literally only Ben; the entire Seadragon group helped one way or another, most notably Lutz Gerhard, Chuck Cummins and James Darpinian. I'd also like to call out the photographic artist Chris Jordan, who was kind enough to let us include five of his newest pieces in the sample content.

On a side note, this is in fact the first iPhone application to come from Microsoft. So far the response from the iPhone community has been overwhelmingly positive, but there are those who think it's some sort of contradiction in terms. Rest assured my team's mission is only to innovate, however we can. I leave the guardianship of political correctness to you, if that's how you feel.

In the meantime, we'll be zooming pixels through the airwaves to our hearts' content. I hope you join us!

I'm an activist. I don't mean that I attend rallies or ask people to sign petitions, I mean that I work constantly to bring about positive change and to educate others with improved ways of seeing things. I'm a cultural change agent.

I come from a long line of activists. My great-grandfather, for instance, was a missionary to China. My father is one of the founders of the sustainability movement. I'm a homeschooler, vegetarian, Mac user, etc. During the 80s I participated in citizen diplomacy with our then enemies the Soviet Union. Nowadays I live in a new urbanist neighborhood, ride the bus (when most of my country still drives), and work for Live Labs, one of the freaky activist wings of Microsoft. Activism is such a part of my life I often don't even recognize it. Still, I've been thinking about it lately and what it means.

People frequently react badly to activists -- like we are trying to destroy their world -- yet we play an important role in society's immune system. We see a big change coming down the line that most people aren't tuned into yet, and we become voices for the change. In that way we're like a vaccine, like a little dose of something that might otherwise kill you at full strength. It's only natural that people would react badly to this shock to the system, but they should be glad we're giving them this chance to build up their immunity, to adjust to the change, before the big one comes rolling through.